ERGs at Guidewire: Bringing My Authentic Self to Work, with PRIDE

At Guidewire, we have a great mix of Employee Resource Groups (ERGs), employee-led groups made up of volunteer individuals who have common interests, experiences, backgrounds, or demographics (e.g., race/ethnicity, gender, sexual orientation, military status, religion, abilities, age, etc.). In today's blog, Darin Reffitt, product marketing director and PRIDEguide ERG leader, shares how he found empowerment from Guidewire and setting up our Pride ERG.

I’ve spent most of my 30-year career compartmentalizing my personal and professional lives. I began doing this at the age of 22, when I had finally accepted who I was and started coming out to friends and family. With them, it mostly went well; with those at work, it was a different story.

I was working at my first job in the financial industry, and quickly learned that being open to co-workers about my life outside of work was frowned upon, if not outright threatening to my career. So, like many LGBTQ+ people of my generation, I began to hide significant parts of myself while at work. I never crossed the line into deception; unlike some friends who would change their partner’s pronoun and name at work — using “Stephanie” instead of “Steven” or “she” instead of “he” when discussing their weekend activities — I was open about being gay, I just shared very little about my life outside of work.

That didn’t stop every issue that being openly gay could have on my career, though. I recall one manager casually informing me in a one-on-one that I “needed to be less gay” at work because senior management often discounted things I said in meetings, quoting one as having said that,“gay people like him are all over-dramatic.” The fact that my boss decided to tell me to be less gay, instead of advising that executive to not let his prejudice guide his views of my presentations and recommendations, was not lost on me.

Following that experience, each time I changed jobs and began to come out to co-workers, I expected the worst, hoped for the best, and prayed my new boss would not be as dismissive of me as the one in that example.

As social media exploded in the late 2000s, I continued to keep my two lives disconnected, but this time virtually. I had a strict “no co-workers” rule for Facebook, while only connecting on LinkedIn with business associates. Twitter was for work events and sharing business content,Instagram was just for friends, and the two never crossed paths. In practice, this meant that I never discussed anything remotely LGBTQ+ related on Twitter or LinkedIn. It seemed a smart strategy at the time, but in retrospect it resulted in numerous missed opportunities where I could have used the platform to promote important issues.

In 2014, when I began speaking at conferences on the topics of social media and personal branding, that compartmentalization approach instinctively became embedded within my content. The strategies I presented were (and still are) solid — for example, how to use lists in Facebook to ensure some posts are only seen by certain groups of friends, how to secure your privacy settings to keep content private, and understanding the impact of dress, environment, behaviors, and tokens on one’s personal brand. But the context behind them, and the way I presented them, was steeped in 20+ years of hiding my authentic self for the sake of my career.

But all of that changed when I joined Guidewire. 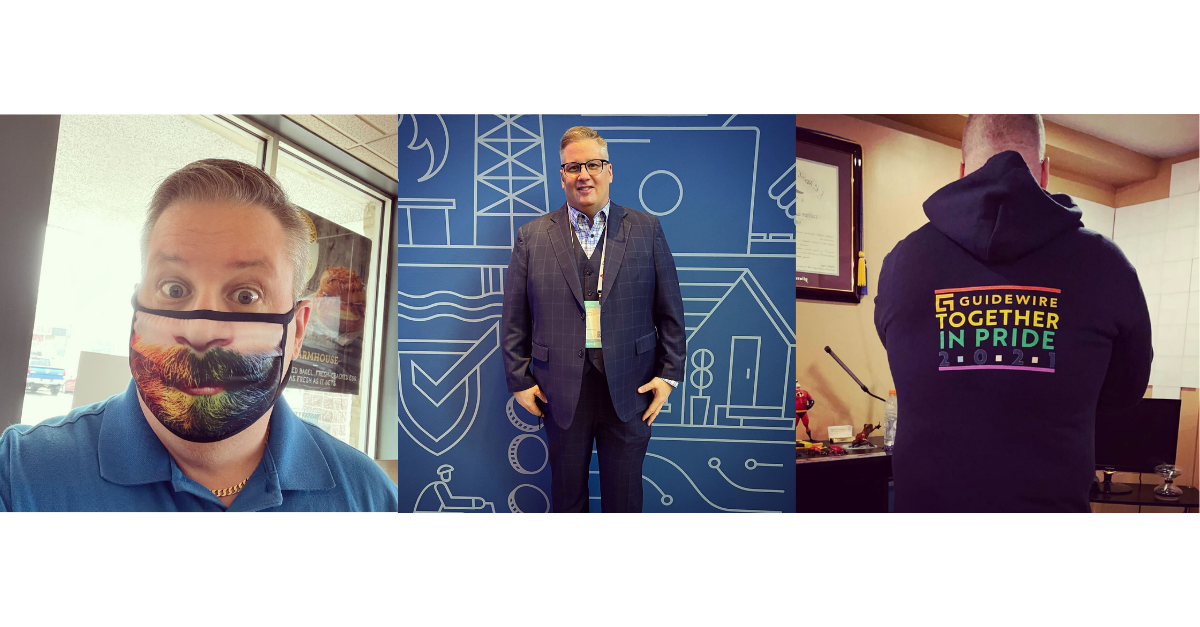 Coming Into - And Coming Out - At Guidewire

I was hired by Guidewire in late February, 2020 — just as Guidewire was placing heavy emphasis on expanding its Diversity, Equity, and Inclusion (DEI) efforts. As in previous jobs, I came out tentatively at first, but immediately sensed a difference in how people responded to my references to my husband and my home life. Unlike previous bosses, my manager at Guidewire didn’t just realize from those references that I was gay and move on in the conversation; she asked questions about him, took interest in my life, and treated me as she would any other married employee. My co-workers in Product Marketing and beyond reacted similarly, embracing all of me within the team. Some of this was likely driven by the pandemic; in a virtual world, trapped in our homes, we were all seeking more human connection. I was similarly learning more about my co-workers’ lives, families, and pets than I had at any previous job. But the level of acceptance and inclusion at Guidewire just felt different.

It was that same manager who encouraged me to reach out to our Chief People Officer, Sinéad Condon, to learn more about the Employee Resource Groups (ERGs) that were being planned at that time. Sinéad welcomed my participation, and shortly thereafter recruited me to not only help drive the creation of our LGBTQ+ ERG, but also to sit on a DEI panel that would be open to the entire company. I welcomed the former but was hesitant on the latter; being open about my personal life had never served me well at previous companies. But by this time, I felt more comfortable than ever before, and also felt like I owed the younger generation the benefit of sharing some of the experiences I described above. So, I agreed.

During that panel, I shared some things all of us in the LGBTQ+ community know. Things like how we’re sometimes encouraged to just not talk about our lives like everyone else does because it’s “nobody else’s business;” how we start every job knowing that the inevitable realization that we’re gay could result in some co-workers creating a hostile workplace that makes our job miserable; and, how we never stop coming out — how every time someone new learns we’re LGBTQ+ we have to brace ourselves for a negative response while hoping for a positive one.

As that panel ended, something amazing happened: my Slack exploded with messages, some from LGBTQ+ employees welcoming me and applauding my story, but most from non-LGBTQ+ employees who also welcomed me and thanked me for sharing things they’d never considered. It had been a moment of true vulnerability for me, and the reaction was something I’d never expected to happen in my career.

And it felt great! It gave me permission to continue bringing my authentic self to work. And from there, I jumped wholeheartedly into doing what I could to successfully launch PRIDEguide. 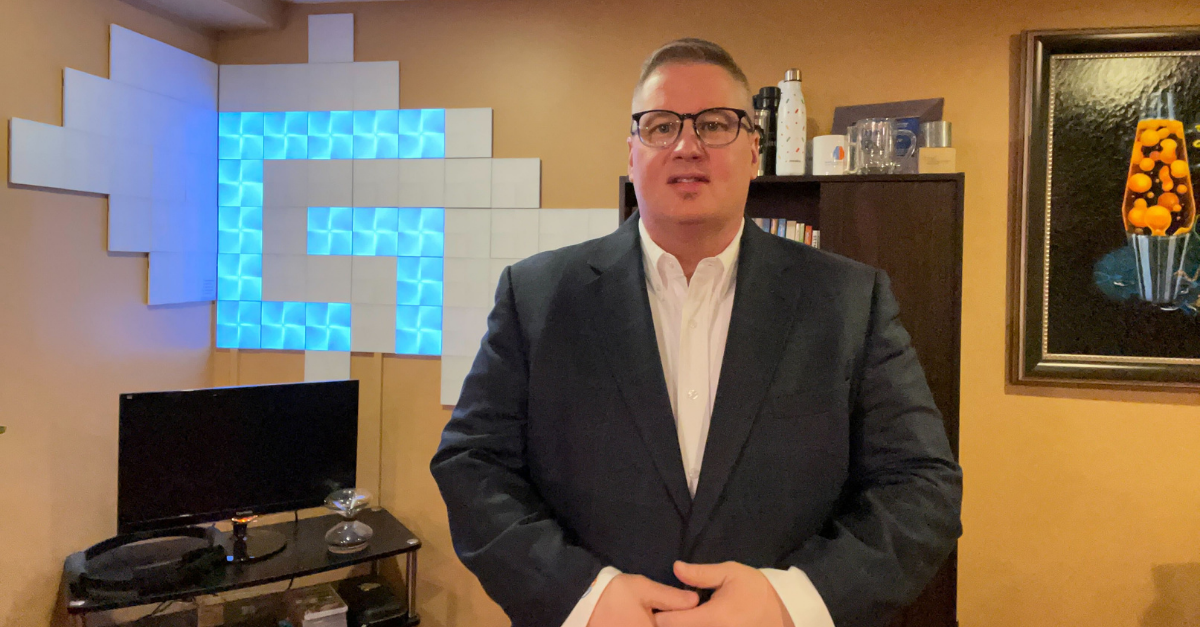 PRIDEguide is an Employee Resource Group formed with the goal of providing an open, inclusive space for all Guidewire employees who identify on the LGBTQ+ spectrum and their allies:

“Our mission is to cultivate an inclusive community of LGBTQ+ employees and their allies. We hope to inform, educate, and engage current and potential members of the community, as well as allies and potential allies. We will accomplish this through educational initiatives, community outreach, philanthropic activities, and ERG events.”

PRIDEguide launched in December of 2020 as part of Guidewire’s broader DEI initiative. Since the launch, the ERG has raised money in partnership with Guidewire Gives Back for the Human Rights Campaign, the Harvey Milk Foundation, GLAAD, Point of Pride, GiveOut, San Francisco AIDS Foundation, and Stonewall Housing. We’ve also hosted and sponsored a number of educational and engagement events, including: 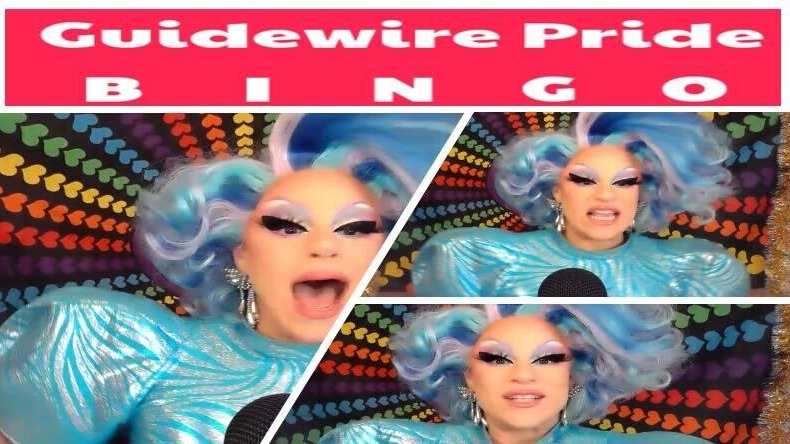 One of my greatest honors since PRIDEguide’s inception was co-presenting the ABCs of LGBTQ+ session with Cate DelaCruz, Senior Director of Analytics at Protecdiv, who shared her experience and expertise as a transgender professional in the Insurance industry. We subsequently presented that same content in a broader webinar through IASA, which was a watershed moment for me, both personally and professionally. Openly discussing my experiences as a gay man in an industry forum and promoting that session on both my Twitter and LinkedIn accounts, was something I’d never done before, which I only felt confident doing after realizing that I was finally in a place where I could trust that both my employer and my co-workers would fully support me.

Guidewire gave me that confidence, and I’ll always be grateful to our senior leadership and my Guidewire family for nurturing an environment and culture that allows me to be my authentic self, each and every day.

Interested in learning more about Guidewire's employee resource groups? Head over to our culture page for more.